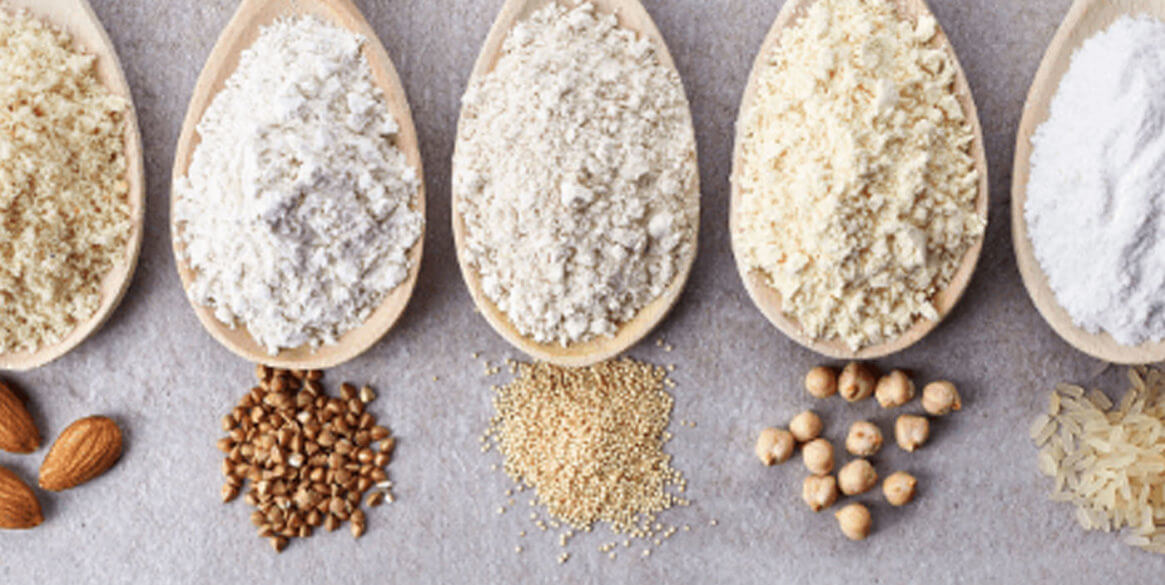 Gluten sensitivity and Coeliac Disease are conditions that are a result of gluten consumption. While they are very similar, it is important to differentiate between the two in order to treat them effectively. Recent studies have shown that 97% of consumers from all age groups show symptoms of gluten sensitivity which are currently undiagnosed (1).

Do you suffer from uncomfortable short-term bloating and stomach pain after eating gluten? Then keep reading for our primer on the difference between celiac disease and gluten sensitivity and how to get tested.

Gluten is the name for two proteins found in certain cereal-type grains, including wheat (and types of wheat, like durum, semolina, spelt farina, farro and einkorn) as well as rye and barley. It’s a protein that helps these products retain their shape. When dough is baked, the proteins, glutenin and gliadin, join to form gluten.

In baked goods, gluten acts a lot like glue. For example, if you make muffins or cookies or cakes without gluten—and without a decent substitute for gluten—your delicacies will come out crumbly and misshapen.

What is Coeliac Disease?

Coeliac disease is an autoimmune disease that primarily affects the gut. However, given the relationship between the gut and the rest of the body, it can impact other areas, as well.

With an autoimmune disease, the body’s immune system recognizes a friendly compound (like gluten) or even a part of the body itself as a threat. When that happens, the immune system begins to play offence, attacking the offending chemical compound as well as the gut. When a person has celiac disease, the immune system attacks the lining of the intestines when it detects the presence of gluten. In most people, gluten is just like any other food molecule: it’s considered a source of fuel. With celiacs, gluten is the enemy. People with celiac disease cannot tolerate any gluten, no matter how little is ingested. If they eat or drink any, even a trace amount, they will begin to experience the symptoms of the disease.

For many, removing gluten from one’s diet is all that’s needed for patients to live without GI symptoms. For others, though, the damage caused by the immune system’s response to gluten can prolong the symptoms that accompany the disease. There are many dangerous and long-lasting side effects to long-term intestinal damage, like malnutrition, dehydration and anaemia. These can require medical intervention and, occasionally, hospitalization.

What is Gluten Sensitivity?

Gluten sensitivity is a specific diagnosis that has been harder to pin down by the medical community. Doctors have been noting cases of gluten sensitivity in patients without celiac disease since the 1980s, but researchers have made little headway into figuring out what, exactly, causes it and why it’s distinct from celiacs other than it apparently not autoimmune related.

Some compelling recent research suggests that it might not actually be gluten that’s causing all the problems with gluten-sensitive individuals. It might be another compound that’s also found predominantly in wheat and rye grains. That compound—fructan—is a carbohydrate rather than a protein. It’s poorly absorbed by the intestines, which can cause IBS-like gastrointestinal symptoms, like diarrhoea, constipation, gas and bloating.

At any rate, a gluten sensitivity—or a fructan intolerance, as the case may be—is often diagnosed by the absence of positive testing for celiac disease and a marked improvement in symptoms when patients follow a gluten-free diet.

The main symptoms of gluten sensitivity are highlighted below: If you’re experiencing chronic, debilitating gastrointestinal symptoms, you should hightail it to a GI doctor. Many diseases of the gastrointestinal tract have similar symptoms, it’s difficult to say whether you have celiac disease, gluten sensitivity or something else entirely.

In fact, many celiac and non-celiac gluten sensitivity patients also experience irritable syndrome or other irritable bowel diseases at the same time. The rate of autoimmune diseases in celiac patients is also higher than in the general population.

Testing for celiac disease includes a blood test and an endoscopy to look for damage to the small intestine. An elimination diet for a minimum of two to three weeks can follow those to see if the absence of gluten in the diet helps. If symptoms do improve, some doctors offer a diagnosis of non-celiac gluten sensitivity or NCGS. Others are hesitant to diagnose gluten sensitivity because there’s little research to confirm it and treatment available other than a change in diet.

If you find yourself struggling with gluten sensitivities or other food intolerances, alternative supplemental therapies like digestive enzymes and lifestyle and dietary changes can all contribute to improving your overall health While diet changes are essential, there are supplements you can take that can help improve your digestion of foods your body has trouble breaking down or absorbing naturally, like gluten and lactose.

We use cookies on our website to give you the most relevant experience by remembering your preferences and repeat visits. By clicking “Accept”, you consent to the use of ALL the cookies.
In case of sale of your personal information, you may opt out by using the link Do not sell my personal information.
Cookie settingsAccept
Manage consent

This website uses cookies to improve your experience while you navigate through the website. Out of these cookies, the cookies that are categorized as necessary are stored on your browser as they are essential for the working of basic functionalities of the website. We also use third-party cookies that help us analyze and understand how you use this website. These cookies will be stored in your browser only with your consent. You also have the option to opt-out of these cookies. But opting out of some of these cookies may have an effect on your browsing experience.
Necessary Always Enabled
Necessary cookies are absolutely essential for the website to function properly. These cookies ensure basic functionalities and security features of the website, anonymously.
Functional
Functional cookies help to perform certain functionalities like sharing the content of the website on social media platforms, collect feedbacks, and other third-party features.
Performance
Performance cookies are used to understand and analyze the key performance indexes of the website which helps in delivering a better user experience for the visitors.
Analytics
Analytical cookies are used to understand how visitors interact with the website. These cookies help provide information on metrics the number of visitors, bounce rate, traffic source, etc.
Advertisement
Advertisement cookies are used to provide visitors with relevant ads and marketing campaigns. These cookies track visitors across websites and collect information to provide customized ads.
Others
Other uncategorized cookies are those that are being analyzed and have not been classified into a category as yet.
Save & Accept
Powered by

Sign up for our newsletter to receive news & coupons about BFree